Move File System Onto Another Drive?

I’m sure there was a discussion on the forum about moving the file system onto an external drive but I can’t find it again.

I’ve got the Olimex Lime2 server with an SSD attached using the Pioneer image. I’d like to move the file system onto the SSD to hopefully make it run faster and prevent the SD card from being written to as often.

Is it possible? Is it a good idea? How do I do it?

Yes, it is possible.

Do you want to simultaneously use the SSD and microSD card or use only the SSD?

Well, there’s also a third option. Install a FreedomBox disk image on the SSD. Backup your data from the old installation and restore it on new installation.

Thanks for the info. I actually read that description on your wiki but was thinking of using only the SSD.

I tried “sudo dd if=/dev/mmcblk0 of=/dev/sda status=progress” to copy the card to the drive, turned off the box, took out the card and turned it on again.

Now I can’t access FreedomBox via URL (Hmm. We’re having trouble finding that site), IP address (Unable to connect) or SSH (Connection refused). I can still ping it though.

Any idea where I’ve gone wrong?

The dd command looks correct. Hope you shut down the FreedomBox, took both the disks out of the box and ran the command on a separate computer. You can mount the SSD on another computer to check if it has the correct partitions and files.

I assume that the capacity of the SSD is larger than the microSD card. It might try to expand the root partition automatically, or you can expand it from Settings → Storage manually.

Being able to ping the FreedomBox is still good news. You can attach a keyboard and monitor to the device to debug further. You should see a login prompt where you can use your FreedomBox username and password.

Then try to check if a few essential services are running using the following command:
sudo systemctl status <service-name>

I would check these services: NetworkManager, firewalld, apache2 and plinth
If you find that a service has errors while starting, you can see its detailed log using sudo journalctl -u <service-name>.

Also check if the disk is full using df.

Hope you shut down the FreedomBox, took both the disks out of the box and ran the command on a separate computer.

Hmm, no and I know I shouldn’t have tried to copy a running system - think I’m to tired to think at the minute! I’ll have to buy a SATA to USB connector and try again. It’s probably easier to reinstall than try to salvage it since I was still only just setting it up.

Thanks a lot for the help. Just to check before I do anything else silly: assuming I’m starting from scratch, is the best method just to connect the SSD to my computer and dd the original downloaded image straight onto it? For some reason I thought it needed the boot partition to be on the SD card.

For some reason I thought it needed the boot partition to be on the SD card.

I think this is applicable to arm64 images only. Also, I didn’t try running the system from an SSD myself yet.

I’ll have to buy a SATA to USB connector and try again.

If you’re going to install a fresh FreedomBox image, you can just run the dd command from the Lime2 device itself (might be slow). The following wiki page has detailed instructions.
https://wiki.debian.org/FreedomBox/Download

I reinstalled the image to the SD card then used the Lime2 to dd it to the SSD. I shut the box down and removed the SD card. After powering it back up I can’t access it at all. Ping says “Destination Host Unreachable”. Perhaps I should give up trying to do this! Thanks a lot for trying to help me

I was merely describing a hack to avoid getting a SATA to USB adapter. Since your FreedomBox is also a general purpose Debian machine, you can install a new image to the SSD from the FreedomBox as well. Just run the commands shown in the wiki page from the FreedomBox with the SSD as the installation target.

If you aren’t comfortable doing that, get the adapter and use a tool like Balena Etcher to burn a fresh FreedomBox disk image to the SSD. You don’t need to write the image to the SD card first. The images you download from the website are already disk images.

I think it’s time for me to try setting up a FreedomBox Pioneer with an SSD/HDD and write a proper wiki page about the process. I remember successfully booting up an old Lime 2 device (maybe rev. G) from a HDD over SATA a few years ago.

I know thanks, I just did that because I couldn’t access the Lime2 so I tried reinstalling it. Here’s exactly what I did this time:

I’ve just tried removing the SSD and putting the microSD back in. Now I still can’t access the Lime2 from the browser but can ping it again. SSH works but tells me the password is wrong (it’s definitely not).

I think it’s time for me to try setting up a FreedomBox Pioneer with an SSD/HDD and write a proper wiki page about the process.

That could be very useful! Think I might buy an adapter anyway and try copying the image to the SSD from the PC. Every time I’ve copied it to the microSD from the PC it’s worked fine. Just for reference, my board is a revision L.

I tried this today but couldn’t get it to work.

I flashed the Pioneer Edition image on a new SSD using Balena Etcher and connected it to the FreedomBox device using the SATA interface.

I can see that the router has assigned a new IPv4 address to this device. I can ping it, but cannot access the web interface (Connection timed out). I connected a monitor over HDMI and got “No Signal”.

I also tried connecting two power supplies just in case there wasn’t enough power, but this made no difference.

I removed the disk and mounted it on a laptop. I can see no modifications under /var/log. It has either not booted at all or mounted the root partition as a read-only filesystem.

I know @sunil was able to boot from an external HDD earlier. What am I missing? 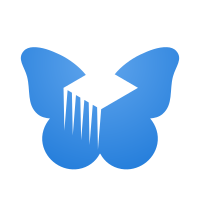 Let's say you decide to have an SSD bay for your Pioneer kit either when purchasing a new hardware or because you wanna...

Thanks for reporting back @njoseph !
Thanks for the info @nbenedek . Does that mean if the microSD died could I just dd the first 4 megabytes to a new card and have the system up and running again?

Does that mean if the microSD died could I just dd the first 4 megabytes to a new card and have the system up and running again?

Yes, that is right.

After spotting this thread

I bought the kit to connect an ssd to my pioneer from olimex. I plan to do a fresh install of freedombox and I have compiled on my ssd with the official freedombox image for pioneer. However, my pioneer fails to boot. I am reading about configuring U-Boot but I find the documentation provided obstructive: I am reading this wiki https://wiki.debian.org/FreedomBox/Manual#FreedomBox.2FHardware.Common_Hardware_Information] but when I send from terminal the command pbuilder create --distribution…

I decided it was time I got round to trying to move my filesystem onto my SSD. I used

to move the filesystem to a 64gb partition on the SSD and everything seemed to be fine. Then I used

and the filesystem expanded as expected. Unfortunately a while later and I can no longer access the box via the browser, SSH says No route to host and ping says Destination Host Unreachable. I’ve no idea what happened. Is there any way to recover? Everytime I try something I seem to mess the box up!

Those commands look good to me. Perhaps the problem is elsewhere?

Do you have a static IP address configured for the box in your router? If you log in to your router admin panel, is the FreedomBox listed as a connected device?

A good old reboot might be worth a shot. I believe it is the middle button of the tiny tiny buttons on the box (push it in with a paperclip or whatever, hold until the lights change).

I’ve never set a static IP address but it’s never changed before. The lease time for the IP address ran out sometime last night and the box is no longer listed in the router admin panel. There is a new IP address listed (lease runs out in a couple of hours) but there’s no info about it and I can’t access it at all.

I’ve got a harddrive bay attached to the case so I don’t think I can access the buttons without unplugging the SSD. What happens if you leave the battery to run out? Does it shutdown safely?

The buttons are underneath the SATA port, you can probably get to them without unplugging anything. If you will excuse the quality of this photo: 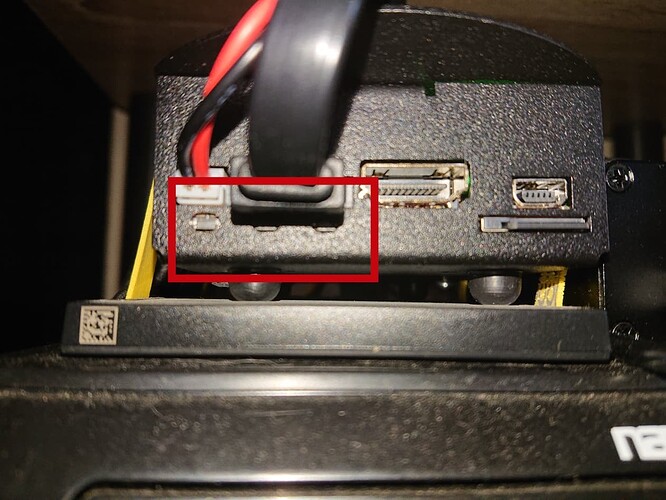 I have drawn a red box around the buttons. It is easiest to depress them with a paperclip or a ballpoint pen or something.

Before I knew about these buttons, I had done a few restarts by unplugging the box, taking out the cover screw, disconnecting the battery, then putting it all back together. Boy did I feel silly after I read about the buttons!

Ha ha ha, I’m glad you found out about the buttons! Here’s how my SSD is connected with a case of it’s own:

That’s why I didn’t think I’d be able to reach the buttons but using your pic as a guide I managed to bend a paperclip and squeeze it in and I can access the box again so thanks for that!