Talks with FreedomBox as the main subject 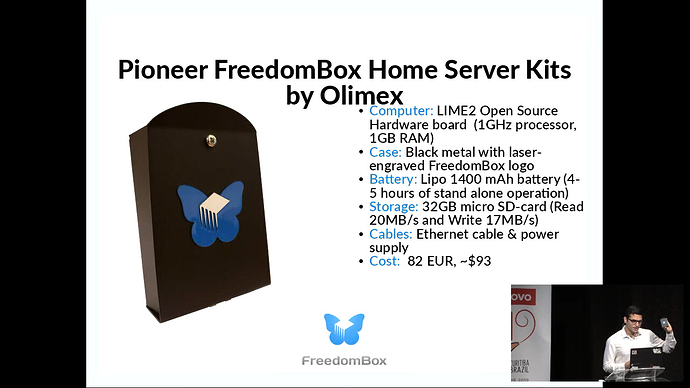 Danny Haidar is the VP of product development at the FreedomBox Foundation.
He talks about how anti-trust law in the US was not used against Big Tech due to the myth that technology companies and their products typically get replaced every 5 years. He suggests grassroots technology like FreedomBox to be an alternative solution to this problem. This is also the first time that the FreedomBox product was presented on stage.

Nathan Willis is a FreedomBox user who is using his FreedomBox from a different country over the tor network. His talk is about the user experience of accessing FreedomBox services over the tor using tools like tor browser and Orbot. 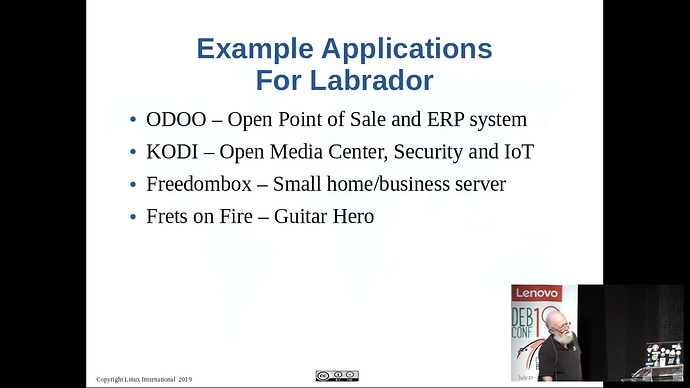 Jon “maddog” Hall is a Linux veteran with about 52 years of experience working with computers. He wanted to solve the problem of educational boards like Raspberry Pi being prohibitively expensive in Latin America. His last project before retirement is starting a company that produces single board computers that are designed and manufactured in Brazil. These boards are open hardware and have first-class support for Debian. He mentioned FreedomBox as one of the use cases for Caninos Loucos Labrador. 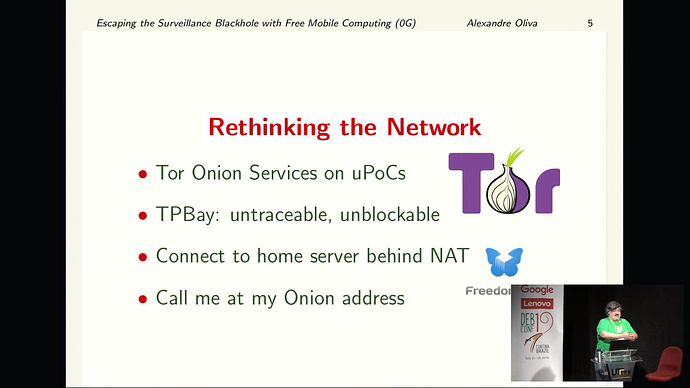 Alexandre Oliva from FSF Latin America talks about his vision for free mobile computing and his new project called 0G which aims to manufacture handsets that respect the user’s freedom. 0G handsets use mesh networking to increase the range, like the OLPC project did. His idea is to use FreedomBox to run a tor node at home which a mobile device can use as a proxy with phone calls routed over the tor network.